What does a gateleg table mean?

“Gate” in “gateleg table” refers to the pivoted leg supports under the table that are connected at their ends by crosspieces. When raised, the table’s two drop leaves, which are usually D-shaped, are supported upon these gates. When gateleg tables originated in England in the 16th century, they were oval or round and were generally named after their shape (and weren’t yet called gateleg tables) in order to distinguish them from the long tables they’d replaced, as dining had by then been relegated to meals for the family, not an entire household and assembled guests.

Shop for Gateleg Tables on 1stdibs 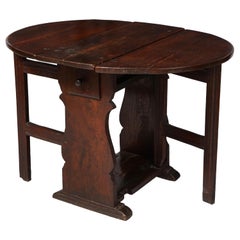 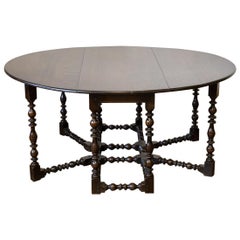 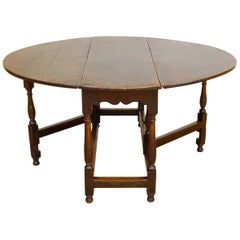