Items Similar to A spaniel by a pond in a woodland landscape
Edwin Cooper - RSM (later Lieut. and adjutant) Arthur Myers of the 7th Hussars with his charger 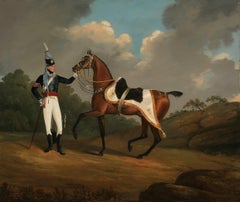 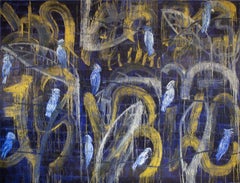 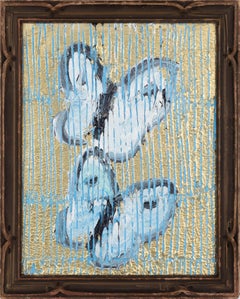 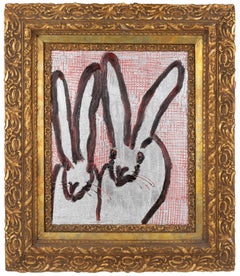 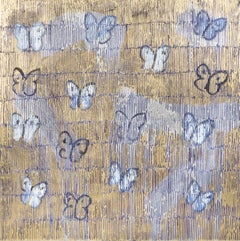 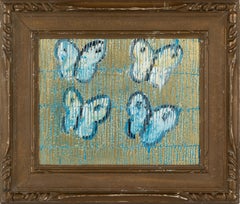 Edwin Cooper
A spaniel by a pond in a woodland landscape

Edwin Cooper (1785-1833) A spaniel by a pond in a woodland landscape Oil on canvas Signed lower right Canvas Size - 42 x 61 cm Framed Size - 48 x 66 cm Edwin Cooper was born at Bury St Edmunds, the son of a drawing-master whose pupil he was. He exhibited prolifically at the Norwich Society of Artists, of which he became an honorary life-member in 1817. He enjoyed a considerable patronage amongst the East Anglian sporting fraternity, and, until the later stages of his life, was both successful and prosperous, His subjects were the normal ones of the provincial sporting painter: equestrian portraits, hunting scenes, coaching and, particularly, racing subjects. He was an occasional exhibitor at the Royal Academy, until a dispute with the hanging-committee caused him to withdraw for 28 years. He died at Beccles in Suffolk, where he had lived since 1810, in 1833.

5 / 5
Our team of world-class specialists approve every seller on 1stdibs.
This distinction is for experienced sellers who continually surpass customer expectations.
This designation is for sellers whose items consistently exemplify the best of 1stdibs.
This seller is a vetted member of professional associations.
1stdibs seller since 2016
Typical response time: <1 hour
Located in London, GB

RSM (later Lieut. and adjutant) Arthur Myers of the 7th Hussars with his charger
Located in London, GB
Category

Edwin Cooper
RSM (later Lieut. and adjutant) Arthur Myers of the 7th Hussars with his charger

$17,731
The chestnut horse “Piggy” in a woodland landscape
Located in London, GB
Category

William Shaw
The chestnut horse “Piggy” in a woodland landscape

Price Upon Request
A chestnut racehorse held by a groom by the winning-post at Nantwich racecourse
Located in London, GB
Category